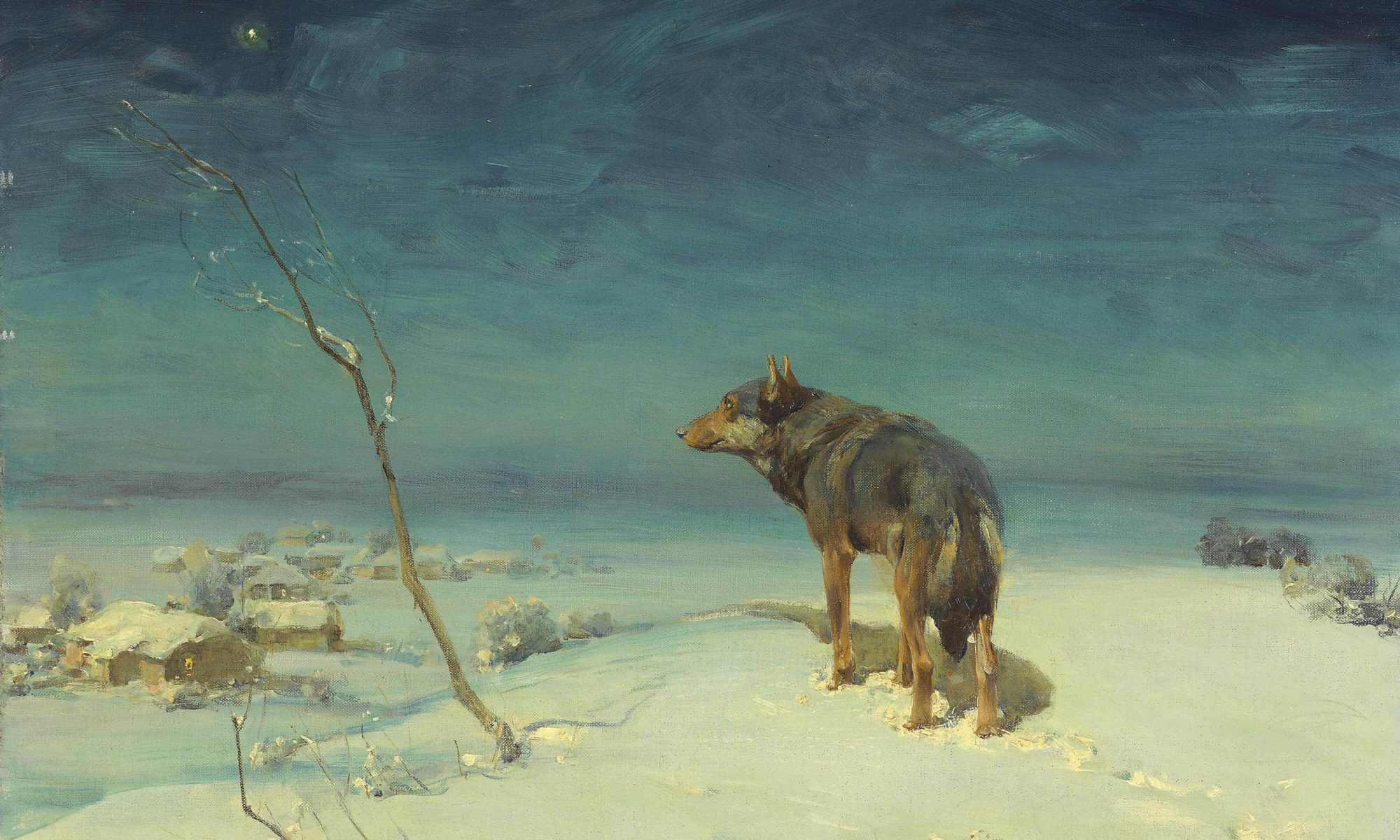 Many people know that the gray wolves in the Greater Yellowstone Ecosystem were once extirpated in the 1920s. Without the reintroduction in 1995, we would never be able to see this beautiful and majestic animal here. Some think that the hunters and their unethical hunting practice during the 1910s should be fully responsible for the extirpation of wolves in the 1920s. However, the truth might not be so simple.

It was 1870, and the Yellowstone region was almost the last unexplored region within the United States. On this vast land, a wolf pack was quietly traveling along the Cache Creek. Wolves are the real native to this land, thriving on this remote continent as apex predators for countless generations.

On this quiet morning, the wolf pack was searching for prey in its territory as usual. Suddenly, the father’s nose sniffed something. It’s familiar yet still foreign – the smell of the twolegs. He recalled the horrifying story told by his grandfather again: as his grandfather’s pack circled the weird bipedal with long limbs, there were three blasts coming from the upper limbs of the twoleg. Nothing at all could compare to the horror of that sound. In the remainder of his grandfather’s life, he was determined to extirpate each and every twoleg from his territory and keep his family safe. Sadly, he never reached the goal as more and more twolegs started to settle down in this region. Nevertheless, the grandfather’s behest was passed on to him now, the father of this wolf pack. Young and impetuous, he had a dream that his pack could be the one that finally wipes out the twolegs from his beloved land.

That’s why this time, he decided to do something about it! Quietly, the pack surrounded the twoleg and initiated the attack. The twoleg ended up running away crying. The wolves howled in ecstasy to celebrate yet another success! At that point, it was still a common belief among the wolves that even if they could not wipe out twolegs completely, they could still at least coexist with them. Little did they know the dark days that lay just ahead of them.

Three years came and passed, it’s now 1873, and the Yellowstone National Park was established to “protect the natural condition.”

On this “protected” land, a lone wolf wandered in Pelican Meadows. He was that fearless father three years ago. Now he has lost his family and all alone. As he was walking, he saw yet another wolf carcass. Even though he did not know this wolf, he still touched her nose gently and wished that she would rest in peace. Seeing a corpse was no longer a shock to him now. In fact, he would be surprised if he didn’t see one. Among the carcasses, there were elderly and children, males and females, with or without skins, all murdered by twolegs. His thoughts again wandered back to his late wife and three children.

That was an ordinary day, he was resting near the dens after hunting. As he was about to fall asleep, he saw that the three children were eating something under the tree. He sprinted toward them, only to find that they had eaten some meat which, according to the children, “was just sitting there.” “You scared me!” He shouted “How many times did I told you not to eat anything on the ground unless you asked me first? What if that’s poisonous berries? You’d be dead by now!” The children mumbled something and then went back to playing. “You’d be dead by now!” he had thought about that remark countless times during the sleepless nights afterward. “Why did I have to say that!?”

Shortly after, the children suddenly started to yelp and run a short distance before falling over. Then they rose again and ran towards the father for a few feet before crashing over. In front of the father’s very eyes, their limbs stiffened and the neck and back arched and twisted like a tautened bow. Before the father could do anything, they were already lying on the ground, dead. The heartbroken father and mother were determined to revenge the twolegs who killed their children. But, when it rains, it pours. Soon after, his wife never came back after going out for a hunt. He had searched everywhere but couldn’t find her carcass. He comforted himself by thinking that she was just lost, and that she would eventually find the way home – although rationally he clearly knew that she was probably killed by one of those twolegs who wanted to sell her skin.

The chilly wind blew and brought him back to reality. “Alas… revenge… wipe out twolegs…” he wondered how childish it was for him to believe that he, and he alone, could defeat the twolegs. Countless carcasses he saw over the months were all telling him the same message: the twolegs were invincible. And the only thing he could do was to carry on with memories of his loved ones. Thinking about his eventual defeat, he couldn’t help but let out a doleful howl – even though as a lone wolf, howling might get him harassed or even killed by other wolf packs; but comparing to human, how scary could other wolves be?

The stories above are based on true records. Large scale human settlement in the Greater Yellowstone Ecosystem started in 1870. From 1870 to 1877 in the state of Montana, over a hundred thousand wolves were killed in different means every year. Many experts estimated that wolves in the Greater Yellowstone Ecosystem nearby were killed with comparable intensity in that period. The reasons and methods to kill wolves during that time were diverse: from recreational to professional hunting, from strychnine poisoning to shooting, from selling skins to protecting livestock. With such intensity of hunting, many experts concluded that the majority of wolves in the Greater Yellowstone Ecosystem did not survive into the 20th century, and that the wolves killed in the 1910s and the 1920s were just the very few that survived. The debate of hunting wolves is still widespread today. In 2018, the Federal Government was reviewing removing gray wolf from the Endangered Species List, leaving the wolf’s fate uncertain again.