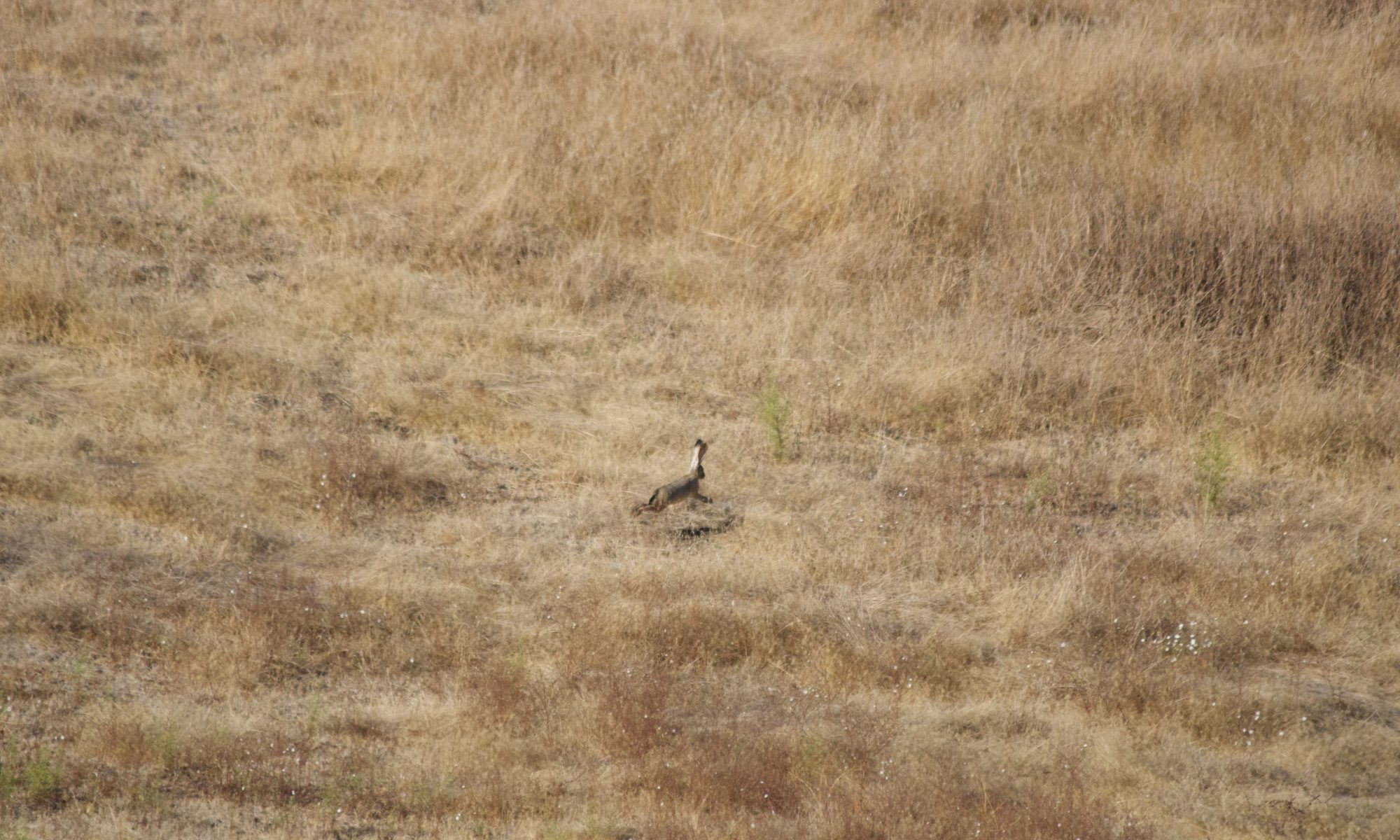 The black-tailed jackrabbit has had enough.

The jackrabbit is tired of having to constantly live in fears.

The jackrabbit is tired of having to constantly worry about the next meal.

The jackrabbit is tired of having to constantly enduring the blazing sun and the pouring rain.

A long time ago, the jackrabbit had once heard a tale. It was a tale about an unbelievably fertile land called “Stanford,” at just a little north to the Felt Lake where the jackrabbit lives. It is a place where one would never have to worry about food and water. It is a place with enormous floating objects keeping everyone comfortable no matter rain or shine. It is a place without coyote, without red-tailed hawk, and without bald eagle. It is simply a paradise for a jackrabbit – none of his friends who went there ever came back, making it even more enticing.

If it’s a year or two years ago, the jackrabbit would never have thought of going there. After all, how would one’s life be complete without some adventures? But as the jackrabbit is getting older and older, he starts to hope to find a place where he can just enjoy the rest of his life.

So, the jackrabbit decides to embark on one last adventure – a journey from Felt Lake to “Stanford.”

As he says goodbyes to his neighbors and friends, some are befuddled and bewildered, some expressed disdain and despise. But the jackrabbit is determined, and no one could change his mind.

The trip is by no means safe or relaxed. From the hungry coyotes and hawks, to the loud monstrosities on the concrete ground that flew past the jackrabbit like a tornado, it’s the hardest journey the jackrabbit have ever had. But his determination and yearning support him along the way.

Finally, as the worn-out jackrabbit sees a patch of unbelievably green grass, he knows, he finally arrives at the dreamland.

“Hello!” The jackrabbit excitedly shouts at the closest jackrabbit.

She slowly raised her head, looking at him with her brown eyes. Those eyes are soulless. Void of surprise, void of fear, void of joy, void of… any emotions. Then, without saying anything, she slowly lowers her head and continues grazing. The jackrabbit couldn’t help but notice her swollen body and sluggish movement.

All over the grass, there are hundreds of other jackrabbits just like her: lifeless, apathetic, grazing there like a group of zombies.

The jackrabbit is stunned. This? Paradise?

“Welcome to Stanford – a paradise for all!” Another jackrabbit, noticeably less swollen and more agile, approaches him, with a distinctive accent of the Felt Lake.

Hearing this familiar accent, the jackrabbit finally recovers from the shock. “Finally! Some normal jackrabbit! All the others are – ” The jackrabbit suddenly sees a twoleg walking towards them. Instinctively, he jumps and hides in a nearby bush. Strangely, none of the other jackrabbits reacts at all. Still sitting there. Still grazing.

Eventually, the twoleg goes away, and he walks back to the sole talking jackrabbit.

“Why didn’t any of you run away just now? A twoleg was there!” The jackrabbit asked.

“Twolegs? Why did we have to run away?”

“But the twolegs will… Never mind. But seriously, what on earth happened to all these other jackrabbits?” The jackrabbit points at the army of zombies.

“They are just grazing.” The talking jackrabbit answers calmly.

“But their eyes… there bodies… why are they so…”

The jackrabbit suddenly notices the talking jackrabbit’s eyes. They are exactly like all the others. Soulless. He uncontrollably takes a step back.

“Join us. Here you don’t have to worry about anything. There are unlimited supply of grasses and no predators. This is the paradise for you.” The talking jackrabbit eerily stares at him.

“Join us.” Suddenly, all other jackrabbits turn and speak in unison, closing in on the jackrabbit.