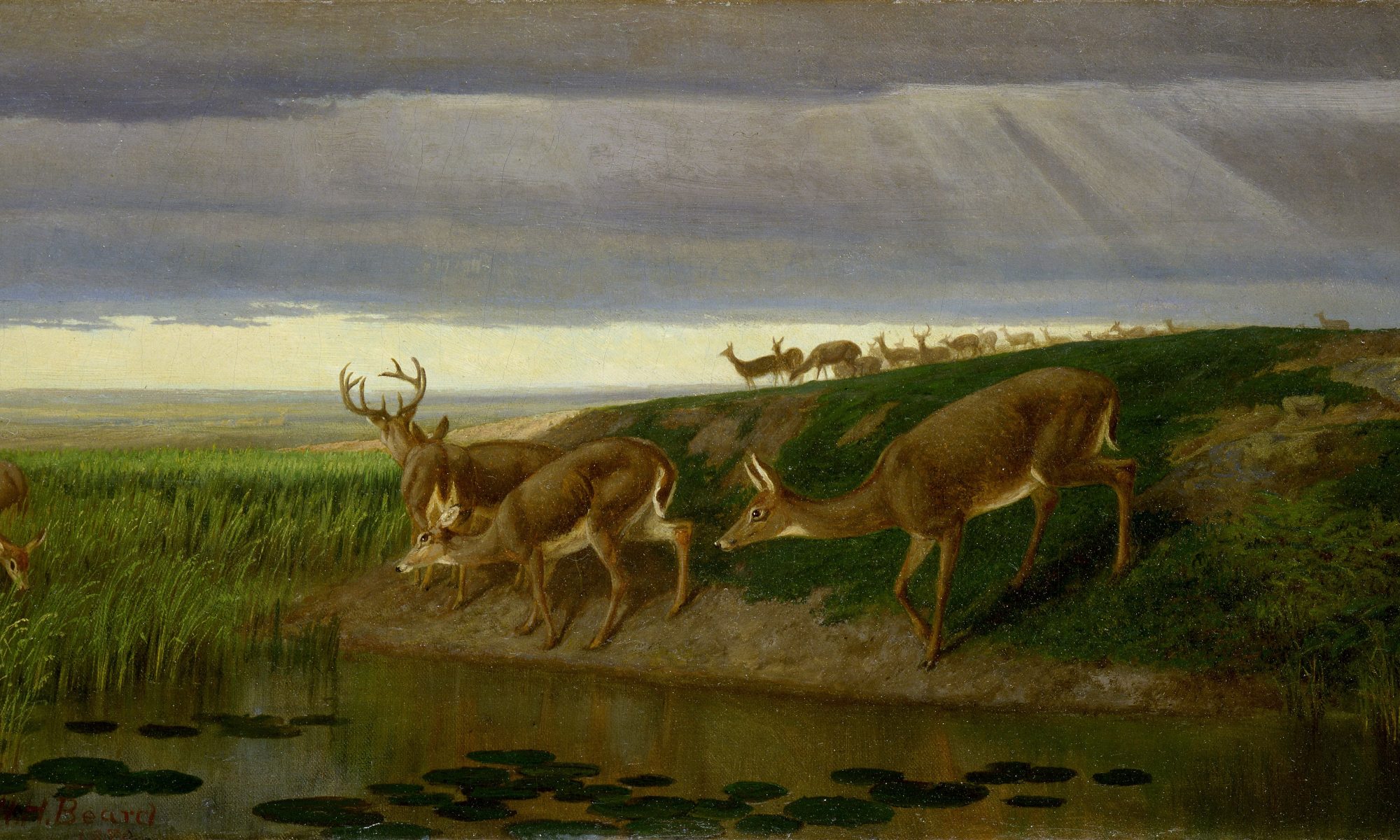 It’s autumn 1951. In the forest of the Grand Teton National Park, an aged elk was lying on the ground. It was a peaceful afternoon, but looking at the beauty around her, she couldn’t help but let out a sigh. In the past sixteen years, she had witnessed an explosion in the elk population. The elk species seemed to be thriving and growing. However, she knew that the end was near. If things continued like this, in a decade or a century, there would be no elk left on this land.

When she was just a calf, she worshiped twolegs like everyelk else. Twolegs are those creatures who walk on two legs and have long limbs. The stories she heard every night all made the twolegs looked like an omnipotent god who rescued the elks from danger and famine.

Among all those legends, one was about a creature called “wolf.” She still remembered how frightened she was when mom first told her the story. “A wolf is a ferocious creature with short legs and gray coat. They are cruel, evil, and ruthless. They pick and kill the weak and the old.” However, she hadn’t – and wouldn’t – seen any wolf in her life. Why? Because the twolegs had already eliminated all the wolves in the region even before her mother was born. To thanks the twolegs, her grandma and other cows had even prepared a delicious feast of grasses and tree barks – although according to the story, no twoleg had come and enjoyed the feast, which was kind of sad.

The story of the wolf seemed to happen in a distant past – after all, her generation and her mom’s generation had never seen a real wolf. The other famous story that every calf knew was far more realistic, as the miracle the twolegs done in this story still continued to help the elk herds to date. In her memory, she had never starved during winters. However, she knew it hadn’t always been like this. When her great-grandmother was still alive, there was one particularly hard winter. Because of the heavy snow, they couldn’t go to the winter range they usually go, which led to a shortage in food. Her great-grandmother barely made it, but many of her friends weren’t so lucky. That spring, the land was covered in countless elk carcasses. Fortunately, this story had a happy ending: “The elks who survived gathered and prayed for a miracle from the twolegs. Answering our prayers, the twolegs put many alfalfa pellets that came from nowhere in our habitat for us to eat every winter. Thanks to the twolegs, the elks live happily ever after.”

Indeed. At that time, she and all other elks all firmly believed that with the help of the twolegs, the elks would thrive on this land until the end of time, and “live happily ever after”. However, in the past few years, she started to feel something’s not right.

It began at a mundane afternoon in 1948. She was peacefully watching her children playing nearby and thinking about what to get for the supper. Under the warmth of the afternoon sun, she started daydreaming. In her dream, she saw all her offspring and their descendants thriving this beautiful land. “One elk. Two elk.” She started counting the descendants she imagined. When she counted to 50, she started to fell a chill running down her spine. When she counted to 100, her fear intensified, but she failed to pinpoint the source. As she continued, she fainted.

“Mom! Mom!” She was awakened by her children, “Mom! Are you ok?” “I’m fine. I just fell asleep.” She still didn’t know why she fainted, perhaps because of all the stress from taking care of her kids. She should’ve been excited to see her family filling up this valley! Why was she scared?

“Mom’s just too tired taking caring of all you rascals. Now look, the sun is setting. Let us find something to ea-” Suddenly, she realized the source of her fear. What would all those elks eat? There would be so many of them, but there was only so few grasses around here. To make things worse, based on her observation, if too many elks graze on the same meadows, that part of grass would not grow back for a long time. Usually it’s just some minor inconvenience for the herds. They just have to move on to another meadows. But in the future, if the elk herds did expand unrestrained, what would they eat? If grasses everywhere were overgrazed, wouldn’t all elks starve? Wouldn’t they die? She hesitated.

“But according to this logic, since the elks had already lived for ages, we should all be starved to death right now. But in fact, we are still thriving. I must’ve missed something.” She comforted herself. But then she remembered the story of the wolf, “but before grandma’s generation, there were wolves… The wolves were stopping the elks from expanding boundlessly. The wolves had helped to keep the balance between the vegetation and the elk population, so that we could live generation after generation. But now… now that the wolves were gone, our expansion are no longer restrained. It seems fine now. But what would happen after a decade, or two decades, or a century?”

Following this train of thoughts, she arrived at a dark conclusion, “for the survival of the elks as a species, some individuals have to be sacrificed. The nature has a sensitive and potentially deadly balance.”

For the remainder of her life, she strived to find a solution to this problem. But everything she thought led her to the same conclusion. That some elks had to die in order for the species to live. The dire problem was who. Who should die? Everyelk was innocent, yet if no elk was willing to take action, everyelk would be responsible for their eventual extinction on this land. No snowflake in an avalanche ever feels responsible. She could of course choose to sacrifice herself, but what right did she have to force others to make the same choice?

As her thoughts wandered back to the present, she let out a painful sigh. She knew that she couldn’t save the elk species; not on her own. “Ha… I never thought I’d one day wish that wolves could be here to eat us… I wonder if the twolegs have thought about this problem too…” At this moment, in the depths of the forest, she saw a twoleg. This twoleg looked kind of peculiar, as it had a long tube on its upper limb. As she stood up and pondered what that was, she saw the twoleg raised up the tube, and pointed it at her…

In the 1940s, the government started to notice the problem of overpopulation of the elks due to annual feeding program and the absence of major predators like wolves. As such, along with the creation of the Grand Teton National Park in 1950, an annual elk reduction program was also introduced. In 2017, 600 hunting permits were authorized, and 242 elks were harvested from the park. As with any other conservation topic, this project is not without controversies. I encourage you to learn more about the subject and judge it yourself – what’s your thought on the elk reduction program?